Basil Kirchin was a pioneering British composer who blurred the lines between musical genres. While his career began in the ’40s as a professional jazz drummer, in the ’60s he started to make field-recordings, painstakingly splicing tapes and slowing-down sounds until the source material would be virtually unrecognizable.

As Brian Eno writes in the liner notes on the original release, “Within the first couple of minutes it became obvious to me that Basil had not only discovered a whole new area of sound, but had exploited it with extreme skill and sensitivity, producing beautiful and evocative music as well…. So Basil Kirchin has made a double contribution: he has not only built the instrument, but has written and played the first successful works for it.”

Worlds Within Worlds remains a lost classic in sonic abstraction. This first-time reissue is recommended for fans of Broadcast, Aphex Twin and Nurse With Wound. 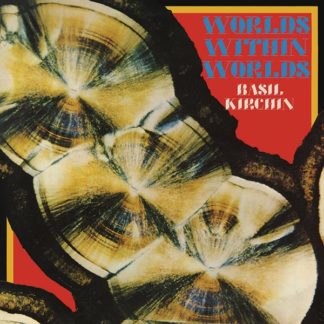