100 Flowers (previously known as The Urinals) were a power trio whose sole 1983 album is an enduring document of the Southern California underground. Based in crime-ridden ’80s Los Angeles against the backdrop of juvenile hardcore and vapid hard rock, 100 Flowers crafted a sound that rests between the inspired bursts of The Minutemen and the pastoral jangle of The Dream Syndicate with similarities to the equally oblique Monitor and The Gun Club (who even included a Urinals cover in their set).

The trio wielded a gripping visual aesthetic and hyper-literate lyrical content that reflected their art-school backgrounds, while a ferocity and frustration borne out of their bleak urban environment permeates their songs. Strains of UK post-punk can be heard on “All Sexed Up” and skittish tension on “Presence of Mind.” A far cry from the beach punk and surf rock of their contemporaries, album closer “California’s Falling into the Ocean” contains all of their signature qualities: off-kilter delivery, subversive sentiments, and an irrefutable pop sensibility that reflects their immersion in LA’s burgeoning Paisley Underground scene. The band splintered shortly after the release of this album, but time has only intensified the urgency of 100 Flowers’ music. 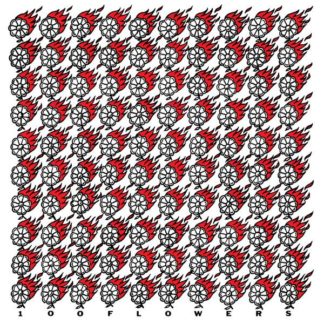