All three definitions apply perfectly to this span of music recorded at London’s ICA in July 1982. It’s a miracle of group interaction, wonderfully paced, moving steadily between moments of mounting intensity and tension. The passage about halfway through — when Derek Bailey‘s harmonics ring out above a sheen of inside piano tremolos and shimmering electronics, topped off by Julie Tippetts‘s soaring vocalese — is simply sublime. After which it’s fun to try and tell the two pianists apart. Are those runs Ursula Oppens, with her formidable technique honed from years performing some of the twentieth century’s most difficult notated new music, or are those Keith Tippett‘s crunchy jazz zigzags? Are those intriguing twangs from one of Akio Suzuki‘s invented instruments or could they be Fred Frith‘s or Phil Wachsmann‘s electronics? Bah, who cares? There’s plenty of room for the more delicate instruments too, like Anne LeBaron‘s harp picking its way gingerly through a pin-cushion of pings and scratches from Bailey and bassist Motoharu Yoshizawa. Of course, some performers are instantly recognizable: Tippetts, as lyrical and flighty on flute as when she sings, Phil Wachsmann, sinuous and sensitive on violin, and trombonist George Lewis, who, as John Zorn once put it, “swings his motherfucking ass off.” So many magical moments abound, from the opening dawn chorus of Tippetts’ voice and Frith’s guitar swooping through a rainforest of exquisite piano cascades, to the Zen calm of the closing moments. Epiphany, indeed. Housed in a gatefold sleeve. 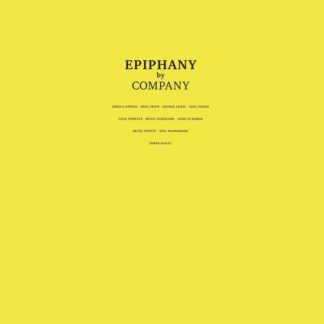