The French bassist Joëlle Léandre is equally at home playing free or performing works by Cage and Scelsi, while Vinko Globokar is an acclaimed composer as well as a trombonist of monstrous virtuosity.

Is there an ideal number of musicians for free improvisation? Bailey once described playing solo as a “second-rate activity” – though he did it spectacularly well – while at the other end of the spectrum, large improvising ensembles can descend into an unwieldy racket.

Three may be a crowd for some, but for Pythagoras it was the perfect number, and trios work surprisingly well in improvised music. Sometimes one instrument takes centre stage, like Parker’s circular-breathing soprano at the beginning of Five, but knowing when to lie low, as he does in the brief austere Three, is just as crucial to the success of the whole. Muir makes sure he doesn’t get in the way of Globokar and Parran’s leisurely exchanges on Four, but the trombonist is all over the place on One, with Léandre racing up and down her bass and Davies all spikes, squeaks and squiggles.

With a touch of Bailey’s dry humour, two of these seven recordings aren’t trios at all: Trio Minus One is his duo with Reijseger, running the gamut from crazed polyrhythmic strumming (imagine Reinhardt and Grappelli playing Schoenberg and Nancarrow simultaneously) to what must be the fastest cello pizzicati ever recorded. And on the closing ecstatic nonet, Brötzmann and trumpeter John Corbett prove that more cooks don’t necessarily spoil the broth but sure as hell can spice it up. 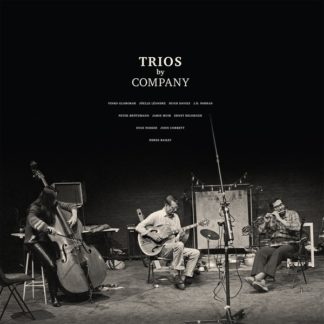