First appearing incongruously on John Fahey’s Takoma label in 1981, Nommos remains enshrouded in impenetrable mystery – from its understated artwork to the rich assemblage of analog synths contained inside. According to Head Heritage, Nommos is the “missing link between the proto-industrial rhythm and drone of Suicide and the whole minimalist drone / static / repetition method of Terry Riley and La Monte Young.”

Best known as a producer, Craig Leon worked on landmark debuts from Suicide, Richard Hell, The Ramones and Blondie. Rather than ape the early NYC punk that he helped foster, Leon’s own music is filled with lush textures and pulsating rhythm boxes. Comparisons can be made to German innovators such as Cluster and La Dusseldorf, yet Nommos is an unbalanced cosmos marked by anxious melodies, aggressive shifts and spiritual overtones.

The name “Nommos” itself refers to mythical deities worshipped by tribes in West Africa. Some scholars have argued that the myth has extraterrestrial roots. While these are significant details for understanding the album’s peculiar meditative qualities, there was little context for these sounds upon their initial release. Even today, in the cold light of the early 21st century, Leon sounds fiercely contemporary.

This first-time official reissue is mastered from the original analog tapes. 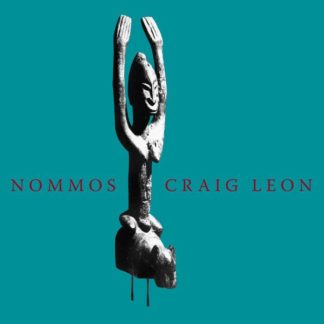