Honest Jon’s Records present a reissue of Jamie Muir and Derek Bailey‘s 1981 duo album, Dart Drug, originally released on Bailey’s Incus label. Percussionist Jamie Muir was a member of King Crimson during the recording of Larks’ Tongues In Aspic, in 1973. Staying less than a year with Robert Fripp, the Scot had already cut his teeth with another master guitarist, Derek Bailey, as part of the Music Improvisation Company, along with Evan Parker, Hugh Davies and Christine Jeffrey. There’s no shortage of great percussionists in the brief history of free improvised music but on the strength of Dart Drug alone Jamie Muir deserves among them. Unlike for example Han Bennink and John Stevens, though, you can’t hear echoes of any particular jazz drummer in Muir’s playing, even if he has expressed appreciation for Milford Graves. What on earth did Muir’s kit consist of? Some instruments are clearly identifiable (bells, gongs, chimes, woodblocks), while others could be anything. Old suitcases thwacked with rolled up newspapers? Tin cans and hubcaps inside a washing machine? Who cares? It sounds terrific, but if you’re the kind of person who faints at the sound of nails scraping a blackboard, you might want to nip out and put the kettle on towards the end of the title track. Dart Drug is consistently thrilling, and often amusing, but it’s certainly not easy listening. In music we talk about playing with other musicians, whereas in sport you play against another opponent (or with your team against another team). Why not play against in music, too? That’s often precisely what happens in improvised music, and Bailey was particularly good at it. How can a humble acoustic guitar hope to compete with Muir in full flight? Sometimes Bailey’s content to sit on those open strings, teasing out yet another exquisite Webernian constellation of ringing harmonics and wait for the dust to settle in Muir’s junkyard, but elsewhere he sets off into uncharted territory himself. “The way to discover the undiscovered in performing terms is to immediately reject all situations as you identify them (the cloud of unknowing) which is to give music a future,” Bailey evidently concurred with this spoken statement by Muir, including it in his book Improvisation (1980). Derek Bailey is no longer with us, of course, and Muir gave up performing music back in 1989; all the more reason for seeking out this magnificent, wild album. 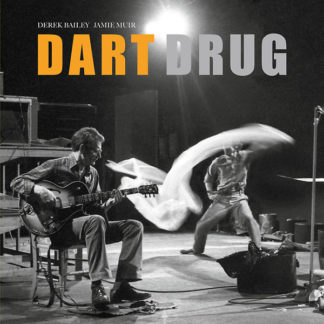