In an interview with Jazz Magazine in the early 1970s, Dharma, as a collective voice, outlined their method: “we try to reach, within free jazz, the same sort of rhythmic cohesion as in Bop, a cohesion based not exactly on tempo, but something which feels like tempo. A kind of underlying pulse”. Evidence of these ideas can be heard immediately on listening to Mr Robinson, the first album by the Dharma Quintet, for whom community living seemed obvious, in order to add to the aforementioned cohesion. Through this, the group members played together on a daily basis, trying out things which were worked on day in, day out. They were also listening to a lot of records, with of course a preference for free jazz, but not forgetting Miles Davis in his electric period, notably for the keyboards of Keith Jarrett and Chick Corea. To which should be added esthetical-political concerns based on a refusal of hierarchy, and a desire to escape from a restrictive academic approach… It was within this framework that Jef Sicard and Gérard Coppéré (saxophones, flute, bass clarinet), Patricio Villarroel (electric and acoustic piano), Michel Gladieux (bass) and Jacques Mahieux (drums) formed the first version of a collective united by structured intentions. Because, within Dharma, individual improvisation cannot be envisaged outside of a clearly designated framework, even non-tempo. The result is a beneficial cohesion, and moments of great beauty born of a collective excitement and giving rise to ambiances which seemed almost possessed. The use of modes could seem to link Mr Robinson to the spiritual jazz of the past but that is without taking into account the fact that the benevolent spirit of Eric Dolphy seems to watch over this album. In France, a similar desire for cohesion could be found in the Cohelmec Ensemble, who had parallel preoccupations, to the point where their bassist, François Méchali, ended up by joining Dharma: there is unfortunately no recorded trace of this, just the memories. As a quintet, with however some personnel changes, Dharma recorded three albums (there is also one as a trio, under the name of Dharma Trio), which are all of fundamental importance (Dharma would also accompany, and to great effect, the songs of Jean-Marie Vivier and Colette Magny). Individually, the members would record with musicians passing through (notably Anthony Ortega, Dave Burrell) and participated in other key groups including Machi Oul and Full Moon Ensemble. 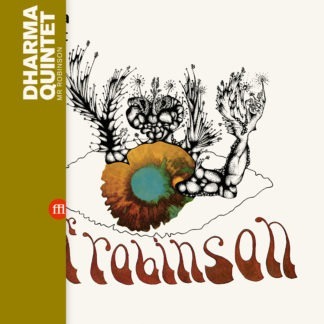