Born during the Colombian Christian ‘punk’ boom of the early 2000’s, SFA quickly established themselves as a mainstay of the burgeoning scene, exploding in the coastal working class towns of Barranquilla and Santa Marta. With its ironic/not-ironic lyrics and punk not punk attitude to the Christian way of life, SFA managed to concoct an unique brand of punk rock that eventually crossed over its original Christian values making them a cult band for Christian and non-Christian sub cultures of the time. We’re now proudly re-releasing this almost impossible to find first single, with its original 7″ artwork, so new modern audiences can be charmed by its unique blend of primitive punk and straight up non-nonsense lyrics. 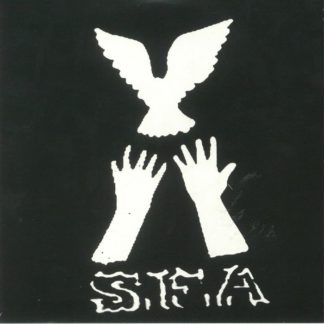