Issued on vinyl for the first time, Outernational Sounds presents a monumental spirit music document from the Los Angeles underground — Jesse Sharp’s slept-on deep jazz classic Sharps And Flats. “He became the Ark leader — he was hardcore. They’d all be quiet and listen to him when he talked” —Horace Tapscott, on Jesse Sharps. You could be forgiven for not knowing how important saxophonist, bandleader, and composer Jesse Sharps is. After all, the only album to come out under his name, Sharps And Flats, was recorded in 1985, and wasn’t issued on CD until 2004. But despite this seemingly small recorded footprint, Jesse Sharps is a major figure in the history of jazz music in Los Angeles. As the bandleader for Horace Tapscott’s Pan-Afrikan People’s Arkestra (P.A.P.A.) — the Marshall Allen to Tapscott’s Sun Ra — he led Tapscott’s seminal music community through its most cohesive phase. And, after a hiatus living in Europe, his return to Los Angeles in the 2000s saw him build a new group, The Gathering, which linked original heads including acclaimed singer Dwight Tribleand legendary trombonist Phil Ranelin with a new generation of LA jazz voices, including none other than Kamasi Washington. Sharps has been around, and he’s made an indelible mark. At college, Sharps studied under Cecil Taylor. When he came back to LA he rejoined the Arkestra on flute and reeds, and eventually took over band-leading duties from the great altoist Arthur Blythe. Trusted completely by Tapscott, as bandleader Sharps turned the Arkestra into a well-drilled unit. This was the time of the classic P.A.P.A. recordings, 1978’s Flight 17 (OTR 010LP), Live at I.U.C.C. (1979), and The Call(1978), and Sharps also wrote for the band. The funky, deep spirituality of compositions like “Desert Fairy Princess”, “Macramé”, and “Peyote Song III” has made his tunes among most celebrated in the whole P.A.P.A. catalog. Sharps And Flatswas recorded in 1985 for Tom Albach‘s legendary Nimbus West imprint, a label Albach had founded specifically to document the work of Horace Tapscott and his circle. Featuring a quintet of P.A.P.A. regulars at the height of their game, Sharps And Flats is one of the great lost Nimbus sessions — it lay unissued until 2004, and never saw a vinyl press. A lost classic of the LA underground, on wax at last! 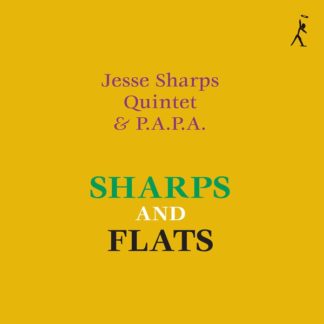