Akuphone presents a compilation of Władysław Komendarek, the Polish genius of synthesizers. This selection comes from tree albums released between 1987 and 1990, a very important political and social period in Poland, marked by the last convulsions of communism. Komendarek’s music offers a unique patchwork of synthesizer sounds, “art of noise” and cosmic flights far beyond the realm of conventions that dominated the Polish electronic music scene at the time. It brings a weird mixture of electronic, proto-techno, eurodance and progressive music.

Instrumentalist and composer, Władysław Komendarek (born in 1948 in Sochaczew, Poland) was a member of the legendary group Exodus in the 1973-1983 period. But the pioneering achievements of Komendarek in the field of electronic music were revealed with glory in the 1980s with the start of his solo career. Equipped with various analogue synthesizers –even some of his own manufacture–, he began to explore the sounds of the Earth and the Cosmos. Intensely drawn to electronic instruments, he tried to use them to their maximum capacity. For over forty years now, he has been a restless and tireless seeker of beyond-the-earthly sounds hiding in synthesizers which he has tried to reveal to the world.

Thanks to their richness, the liner notes provide an immersion into the Polish electronic music scene. Written by the musical journalist Łukasz Komła, liner notes include a text on Władysław Komendarek, Pioneer and rebel by choice, a Brief history of electronic music in Poland, an unpublished interview of the artist, a short biography and a paper on the Social and political context in Poland in the 80s. 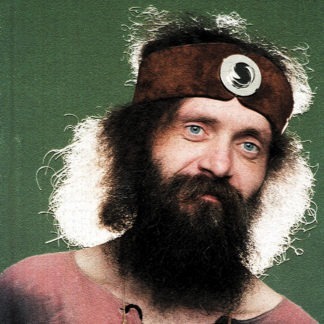