Second in a series of ten reissues of the cult French underground Futura label.

Recorded in december 1970, “With (Junk-Saucepan) When (Spoon-Trigger)” is the first album by Mahogany Brain, led by street poet / underground film maker Michel Bulteau and Patrick Geoffrois. It shares the same raw aesthetics with the Velvet Underground and offers 12 savage and unhinged songs of distorted guitars with crude lyrics.

Fully licensed by Gerard Terrones, this is the first official vinyl reissue of this French underground classic.

01. Bloody Hide and Seek in the Rain

01. The Child with the Wind, the Snow, and the Yellow Top Waiting for the Magical Toy

03. The Secret Body of Wind 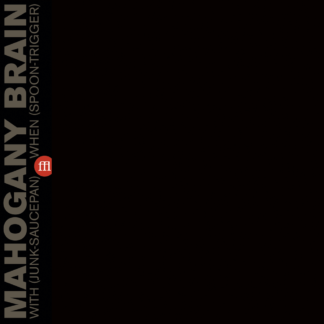