Robert Millis is known for many things – co-founder of Climax Golden Twins, Messenger Girl’s Trio, and AFCGT; filmmaker and producer for the Sublime Frequencies label; co-producer of the Victrola Favorites book and cassette series. Now, thanks to The Lonesome High, he’ll be known as a singer/songwriter. After listening to his stunning debut album, you’ll be wondering where the fuck this side of Millis has been lurking all along. He’s been performing some of these tracks live for the past few years crafting them to where they are now – tilted perspectives lodged somewhere between the grittier climate zones of the the Rain Dogs (1985) plateau and a more psychotic trailer park way out on the Death Of A Lady’s Man(1977) peninsula. Millis really delivers the goods here. The songwriting has depth, stinging clarity and vaporizing ambiguity. The more upbeat tracks like “The Run Around”, “Down In The Hold” and “Tricky” have an immediate classic familiarity – hear them once and you’re hooked. But The Lonesome High becomes a monster statement thanks to “Marvelous Fool”, “Charming Chisel”, “Notes On A Scandal”, and “Drowsy Sleeper”. It’s the stark cryptic beauty and detached awareness of these four ballads that define the heart and soul of this record. So if you’re looking for a contemporary troubadour who can actually deliver a solid 40 minutes of listening pleasure (not an easy task these days), you’ll find it right here in spades. Features percussion by Dave Abramson(Diminished Men/Master Musicians Of Bukkake), backing vocals by Alan Bishop (Alvarius B/Sun City Girls). Front cover art by Jesse Paul Miller; Includes a download card. 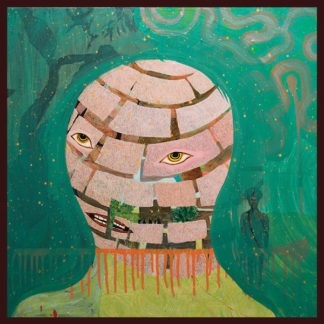