“ My first deep exposure to Leonard Cohen was the Bird on a Wire documentary by Tony Palmer, which was, against the odds, broadcast on public television in New Zealand around 1974 or 1975. At age 15 or 16 I thought it was too dark. A few years later, in the late ’70s, I wanted things darker. The first Cohen LP was very clever but a little too ‘up’. The second was too public and political for me. Songs of Love and Hate seemed more honest, more about personal failure. I liked it, although Cohen tended to disown it, especially ‘Dress Rehearsal Rag’ and ‘Last Year’s Man’, neither of which he performed live later on. I like ‘Last Year’s Man’ for the same reason I like Nick Drake’s ‘Poor Boy’. It wallows and parodies at the same time. I came across the Suzuki Omnichord OM-27 because it was mentioned in relation to another Canadian, Joni Mitchell. It looked like a mystery box of potentially very good or very bad sounds, like a Bontempi chord organ customized for space travel in a Stanley Kubrick film. Irresistible… I was fortunate to meet Jessica Mossbecause of the 12 hour Drone event at Le Guess Who Festival in Utrecht in November 2017. I thought it would be cool to jam with some of the other people scheduled to play their own pieces so I asked the organisers, Bob Helleur and Jacob Hagelaars, to sound out the other droners a few weeks before the festival. Jessica replied, I sent a sample piece, and we talked, more than rehearsed, a day before the performance. We did our piece live and then some months later I sent her a recorded piece to which she added her magical playing. ”  (Roy Montgomery) 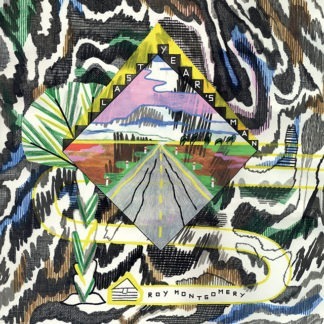