In the fertile terrain of New Zealand’s 1980s post-punk scene, few figures loom as large as the Jefferies brothers. Graeme Jefferies and Peter Jefferies – the primary forces behind This Kind of Punishment – wrote some of the best music to come out on Flying Nun, Xpressway or elsewhere. A dizzying mix of pastoral ballads and DIY experimentation, TKP’s songwriting was at once classic and acutely raw.

On their self-titled debut, the Jefferies brothers and Chris Matthews eschew the punk-informed modes of their contemporaries for a sound that is decidedly more deliberate / intimate. Rooted in a marriage between simplistic, classically-influenced piano, alternating guitar chime and sparse, subtle violin drone, This Kind Of Punishment is a contemplative, inventive collection of ideas corralled via economic 4-track recordings, minimal instrumentation and an austere performance style entirely of the Jefferies’ own making. Songs like “After The Fact,” “In View Of The Circumstances” and “Two Minutes Drowning” boast a living quality whereby the listener can act as bystander to these moments of creation – a trait that the band would expand upon throughout the course of their brief tenure.

First-time vinyl reissue since its initial release in 1983. 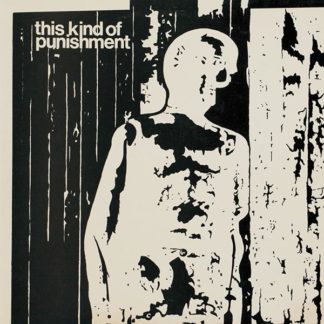 You're viewing: THIS KIND OF PUNISHMENT : s/t – SV141LP
Add to cart