“Holica and Sovann Yoeun were both working musicians in their native Cambodia when they fled the Khmer Rouge in 1975. Settling in Portland, Oregon they formed Wimeanacas Band which translates to Castle In The Sky. This is their second album, originally released on cassette in 1987. An amazing album of Cambodian celebration music, Wimeanacas played weddings, new year parties and community events during their 10 year existence. For this record, the band recorded all original numbers and had grown to a 10 piece ensemble.” 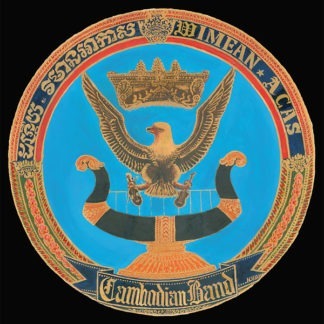