In a dreamlike fictive and windswept Brittany, hippy pirates and wild women more or less inspired by Gérard de Nerval fight it out in a theatre, the magic of which brings to mind Cocteau, and where musical improvisation has an important role: this is Noroît, a cursed film which was never released in cinemas at the time (1976), directed by the great Jacques Rivette, where Jean-Cohen-Solal, his brother Robert and Daniel Ponsard can be seen and heard playing. The scene is every bit as inventive as that featuring the Art Ensemble Of Chicago in Les Stances à Sophie!

The same magic and invention can be found on this first album by Jean Cohen-Solal: Flûtes libres. A magic which can be keenly felt on “Quelqu’un”, a long contemplative mantra which takes up the whole of the B side and which anticipates the future collaboration in the mysterious universe of Jacques Rivette.

Jean Cohen-Solal studied flute from all angles, and became one of the great French virtuosi, along with Michel Edelin who at the time was with Triode. This was a period (1972) when flutists were very popular with the public, most of whom had been influenced by Roland Kirk, including Ian Anderson in Jethro Tull. Whereas Jean Cohen-Solal tells a different story, richer and centred on the instrument itself, using the magic (yes, that again) of overdubs.

Perhaps Paul Horn rather than Roland Kirk could be an influence, but stripped of a classical background which was too audible and a tendency for easy listening. In fact, in terms of comparison, “open music” by Bob Downes would be the closest to the electroacoustic experiments of Jean Cohen-Solal, who, by the way, was also close to the GRM and Bernard Parmegiani for whom he occasionally provided sound sources. These are the qualities which probably explain why Flûtes libres figures (and justifiably) on the famous Nurse With Wound list. 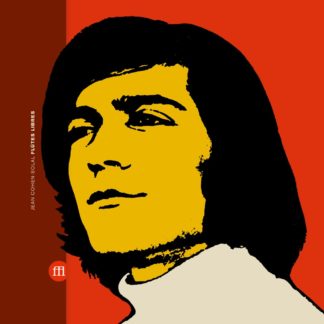