Only those who read all the credits on record liner notes will know the full details: Areski is of course Brigitte Fontaine’s partner in life, but also her creative alter ego, and the composer of the music of most of her songs. Even though it was his wife Brigitte and not him who wrote the lyrics, Areski is a poet in his own right. Furthermore, he is polyvalent: composing, arranging, singing, improvising, playing every possible instrument and even acting! Areski, to sum up, is the perfect mix of the tradition of Munir Bashir with the European “sophistication” of someone like Jean-Claude Vannier, one foot permanently in Versailles (where he was born) and the maghreb. Areski, is left bank French songs without the stylistic effects, revised and updated through contact with arab-andalusian music. He is a Living Theatre style happening with a dose of cosmic free jazz; surrealist poetry viewed through the prism of Kabyle culture… All that and a lot more!

Areski honed his talent observing the stars of traditional chaâbi, testing it out in bars and dives before meeting, during military service, the singer Jacques Higelin with whom he would record his first cult album, and who would present him to his wife-to-be, Brigitte Fontaine. Between 1969 and 1980, with her, Areski would contribute an essential chapter to French underground music including classics such as Comme à la radio (with the Art Ensemble of Chicago), Je ne connais pas cet homme, L’Incendie, Le Bonheur and Vous et nous. For all that, Areski has never really tried to have a career under his own name, in spite of the wonderful Un Beau matin first published in 1970, and which it is high time to de (re)discover (better late than never). Those already in the know will not be surprised to see, especially, Jean-Charles Capon, author of the inspired L’Univers-solitude, Brigitte Fontaine of course, or Daniel Vallancien, author of a no-less inspired duo with saxophonist Philippe Maté. All contributing to an acerbic poetic universe, concerned but never militant, and open to worldwide influences long before they became a fashion.

Inspired, poetic, in a word essential: Un Beau Matin is one of the best albums of the French underground produced by Pierre Barouh on his label Saravah, alongside those by Maurice Lemaître, Catharsis, Claude Yvans, Mahjun, Barney Wilen, Cohelmec Ensemble et Michel Roques. 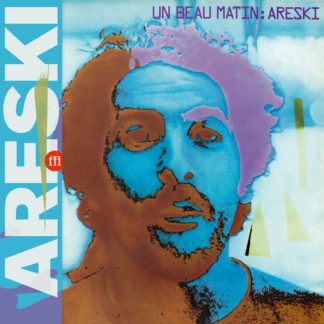