The ranks of Camizole included some of the most essential personalities of the French underground, notably Dominique Grimaud (Vidéo-Aventures), Chris Chanet (Etron Fou Leloublan) and Bernard Filipetti (Art & Technique). Their idea of music, if we look further than the pair Dominique Grimaud – Bernard Filipetti and a style of music influenced by Klaus Schulze, is inspired by the liberty of free jazz. This is nonetheless modified by a cathartic approach close to the esthetic preoccupations of Julian Beck and Judith Malina’s Living Theatre. The result is a musical happening, where the important thing is to improvise in the urgency of the moment in front of a not-always receptive public. Before exploring constructed repetitive forms which would be perfected by Urban Sax, Lard Free were more in the domain of noise improvisation, or even a kind of jazz rock similar to that of Soft Machine, as can be heard on a late retrospective album, from which the track “À chacun son Boulez” emerged. There was logically great complicity between Camizole and Lard Free, which would lead to the two groups finally merging. This was the case for four concerts in May before the two groups disbanded in order to finally get to grips with the free rock in the style of Faust that they liked so much. As an ode to anarchy, a record now bears witness to those communal experiences.

Unreleased recordings of the meeting of these two French underground titans 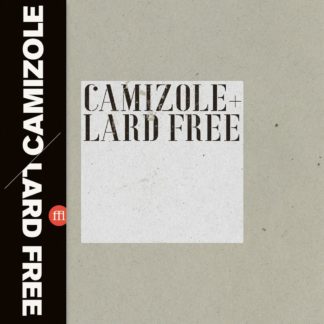