Is freedom worth more than mastery, construction and achievement? In replying yes, the utopians of Camizole clear show which side they are on. For them, musical creation must be as spontaneous as possible. To achieve this, it is better to put egos to one side to concentrate on collective experimentation, to be tried and tested in front of a live audience. Playing the card of unlimited and unhindered improvisation is Camizole’s crédo, having decided to get a taste of the urgent game-playing already established by the Nihilist Spasm Band and the Living Theatre research of Julian Beck and Judith Malina.

At the time, that is to say when punk was exploding, this concept, itself inherited from the May 68 events, made an impact on Chris Cutler of Henry Cow, but also Lindsay Cooper, who invited Camizole member Françoise Crublé to join the Feminist Improvising Group. Also, the Tapioca label run by Jean Georgakarakos (co-founder of BYG Records), considered producing an album, from a live recording made at the Théâtre de Chartres in November 1977. Unfortunately the label rapidly ceased all activities and the recording was left in a drawer, which was a real shame. Today, after extracts and other live bits and pieces came out via Spalax at the end of the 1990s, an integral double-album is finally being released to do justice to the collective created by Jacky Dupéty, and which included, amongst others Dominique Grimaud (Vidéo-Aventures), Chris Chanet (Etron Fou Leloublan, Urban Sax), Xavier Jouvelet (notably heard alongside Lol Coxhill) and Bernard Filipetti (Art & Technique). Better late than never!

First ever reissue of this french underground essential

Remastered from the original tapes 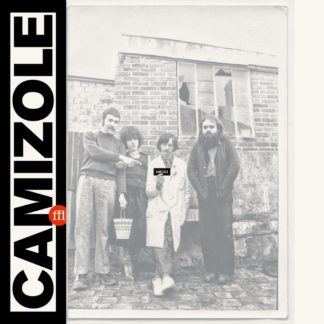