Out of the musical effervescence in post May 1968 France were born the labels BYG and Futura Records. The concept of collective creation appeared as essential, of which Cohelmec Ensemble was a typical example: in such procedures, individual identities can of course still express themselves but framed within a non-hierarchical common thought process with the emphasis on experimentation. Music making becomes a shared pleasure with an established vocabulary, and is often accompanied by militant left wing activism; which feeds into an ethical form of creation.

For their third, and what would turn out to be final, album the Cohelmec Ensemble chose to save for posterity their live performance work, on which their reputation was based. A concert recording was made, notable for the inclusion of trumpeter Jean-François Canape, and the group lost none of its subtlety in moving from studio to stage. On the contrary the situation galvanised them on to higher energy levels, without leaving behind the typically complex structures, to which were added potent, flowing improvisations, longer than usual, confirming the high standard of free jazz being played in France in the 1970s. This was demonstrated not only by the Cohelmec Ensemble but also, in similar or quiet different registers (who cares), by formations such Perception, Dharma Quintet, Free Jazz Workshop, Machi Oul or Armonicord.
–
Deluxe reissue with high definition remastered audio. 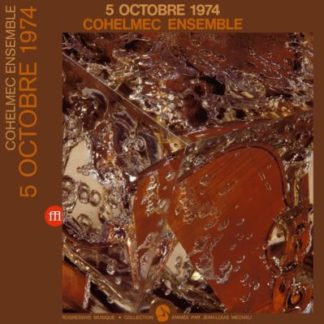