The COHELMEC ENSEMBLE celebrate above all the pleasure of collective music-making. A group without a designated leader, they base their approach on reciprocal listening and equal responsibilities. This is reflected in their name, created from the first syllables of the founding member’s names, which would remain unchanged in spite of the subsequent personnel changes: COH as in Jean Cohen (saxophones), EL as in Dominique Elbaz (piano) and MEC as in the brothers François and Jean-Louis Méchali (respectively, amongst others, bass and drums), Evan Chandlee joined them after they had already been playing together for a while, at the time they recorded their first album. The follow-up (appropriately named Next) saw the original pianist leave, to be replaced by guitarist Joseph Dejean, who had already played with the Full Moon Ensemble, known for having accompanied Archie Shepp at the Antibes Jazz Festival in 1970.

In spite of the personnel changes the understanding and cohesion remain total within Cohelmec. They also maintain their trademark ambitious mix of written and improvised material. From this point of view, Next is even more audacious than its predecessor Hippotigris Zebrazebra. Relatively brief tracks follow hot on the heels of one another bolstered by a poly-instrumentality which stands out even more than in the past, giving the album the feel of a contrasting suite. There is a lot going on, leading to evocative atmospheres in which rigour and fantasy go happily hand in hand.

Which is enough to say that this album should please fans of a style of free (chamber?) jazz which includes intelligent composed structures, a form in which French musicians have always demonstrated a personal approach, as in the example of Œil Vision by Jef Gilson in 1964.

Profoundly original and, it has to be said, seminal! 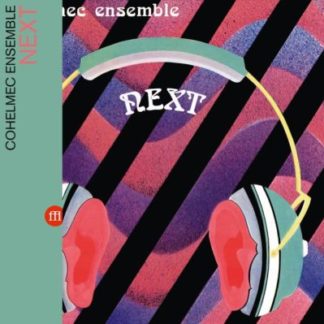