The COHELMEC ENSEMBLE celebrate above all the pleasure of collective music-making. A group without a designated leader, they base their approach on reciprocal listening, but also on a dialogue between written and improvised material, in which all members have an equal responsibility whatever their instrument. This is even demonstrated in their name: COH as in Jean Cohen (saxophones), EL as in Dominique Elbaz (piano) and MEC as in the brothers François and Jean-Louis Méchali (respectively, amongst others, bass and drums), joined for this album by Evan Chandlee, known for his participation in Love Rejoice by Kenneth Terroade, and accepted, of course, as a full group member.

Fitting together like hand in glove, the five musicians build something together, rather than trying to destroy an established order, as was the done thing at the start of the 1970s, leaving the expression of an openly political agenda to others. In France there was a tendency to explore an imaginary folklore which allowed certain elements of free jazz to be circumvented without being ignored. Which is why we can be reminded of, in the melody of Hippotigris Zebrazebra when played with collective intensity, the best of American cosmic jazz, while also occasionally hearing McCoy Tyner or even Cecil Taylor under the fingers of Dominique Elbaz, or the vibraphone of Walt Dickerson evoked by Jean-Louis Méchali.

Globally, however, their identity is original (even seminal), a fact which was to be confirmed by their next two recordings. For the record, it should be noted that the first album by the Free Jazz Workshop (from Lyon), another French group with a similar approach, would only be published two years later. 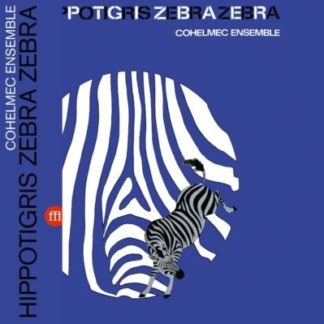