Russian occultists Old Komm collaborate with the south Californian dons of austere electronics German Army, bringing to life the made up soundtrack to a film that never was. Disquiet tells the story of a child born to a desolate, post-apocalyptic world, war torn and fractured by greed.

”A whirlwind of looting, a firestorm of fear. Men began to feed on men. No one remembers the days before the bleakness. It would be impossible to recall the old world, if it wasn’t for the reminders. Ruins… despair… echoes of madness…and in this maelstrom of decay, I was born.” 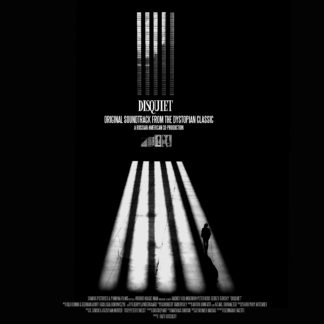