Recorded on the organ of the Basilica of the Monastery of Arantzazu in July 2014, by Jean-Luc Guionnet and Xabier Erkizia.

Nearly 15 years after the release of the CD “Maison.House II-V” (in duet with his electroacoustic friend Eric La Casa), Vert Pituite La Belle is pleased to collaborate once again with the great musician Jean-Luc Guionnet this time alone and on the organ. For Arantzazu Close & Far, the vinyl medium makes perfect sense: two sides, two versions of the same sound event, the recording of the same improvisation on the organ of the basilica of the monastery of Arantzazu in the Spanish Basque country, realized during a residency of a few days in this high-place of the history of the region at the invitation of the collective AudioLab.

On the first side, we hear the recording made by a pair of microphones arranged closer to the organ while on the second we hear the same improvisation but recorded in the bottom of the monastery. Maybe the best way to hear the impact of space in sound reproduction

“I work since 1993 to an experimental approach of the church organ (Pentes, Tirets) : 1) we control a machine 2) the organ is halfway between vehicle and artificial intelligence : it is a public transport : a ship, a barque, a boat, a building within a building 3) passing the machinery to the filter of listening, gesture and architecture 4) bringing the blast into the space : ventilate 5) make this organ sound not like this other one 6) express the organ as one says about lemon. The blast is endless”.

During the week of July 22-27, 2014, French musician, composer and sound artist Jean-Luc Guionnet performed an artistic residency at the Sanctuary of Arantzazu. For that, Guionnet counted on the help of the one who is probably the one who knows best this organ, the famous brother Pello Zabala. This experience is part of a more ambitious artistic residency program proposed by the GANDIAGA Cultural Center in collaboration with the AUDIOLAB association. This project aims to promote artistic creation using Arantzazu and its surroundings, its heritage, its history and its reality as a working material.

The Sanctuary of Notre Dame d’Arantzazu is located at an altitude of 750 m, surrounded by mountains and vegetation, in the Spanish basque Country, 10 km from Oñati (Guipuscoa). Its basilica, built in the 1950s, is an architectural, sculptural and artistic work of great importance, taking up the challenge of contemporary aesthetic language, a language that originally seemed totally foreign to religious experience. The new basilica has robust and simple characters, frankly rustic. It is the diamond-point cut that catches the eye when looking at the main façade, in a clear allusion to hawthorn. The Virgin would have appeared in these places in 1469 and gave, by the legend of the appearance of her image in the thorns (“Arantza” in Basque) the name of the sanctuary, the place and the virgin herself Arantzazu. Since 1514, religious of the order of Franciscans reside there. The basilica has a large facade encircled by two twin towers and protected by the tower on the left, on the left. At the bottom of this facade, a frieze of 14 apostles designed by Jorge Oteiza. Large steps give access to the large iron doors created by the sculptor Eduardo Chillida. The apse is the work of Lucio Muñoz. The stained glass windows of Alvarez de Eulate and the painter Néstor Barrenetxea, took care in the 80s of the decoration of the walls of the crypt. The tower with its bell tower measures 44 meters in height and is completed by a simple iron cross of 6m. Designed to comfortably accommodate a large number of worshipers, the Arántzazu basilica is 66 meters long, 20 meters wide and 20 meters high, covering an area of 1200 m2. Its acoustics are exceptional as is its clarity and visibility. In the choir is the organ of the prestigious house of Amezúa, built and inaugurated in 1902, whose project is specially designed so that there is an optimal acoustics throughout the basilica. The keyboards, three manuals and a pedal, are located in the first choir, the one used by the brothers. This choir has 155 seats and has an altar on which the liturgical acts of the Franciscan community are celebrated.

Recorded on the organ of the Basilica of the Monastery of Arantzazu in July 2014, by Jean-Luc Guionnet and Xabier Erkizia. 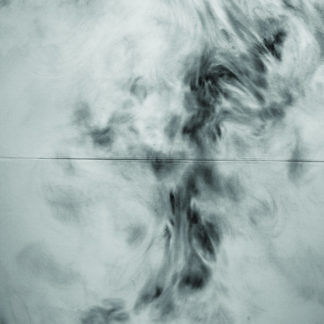