Subtitled: Trinidadian Calypso In London, 1950-1956. 2011 vinyl repress of what was the 2nd album on the Honest Jon’s label, originally released 2002. When the Empire Windrush, an old troop-carrier, arrived at Tilbury on June 21, 1948, and inaugurated modern Caribbean immigration to Britain, it also supplied calypso with its best-known image — on Pathé newsreel, Lord Kitchener singing his new composition “London Is The Place For Me.” Kitch had boarded with Lord Beginner at Kingston docks, Jamaica, on Empire Day, May 24. In London they joined a milieu of fine band musicians familiar with Caribbean musical forms and already represented on numerous recordings crucial to the development of British swing and jazz music. Travelling with their own core audience, the Trinidadian calypsonians brought with them the vocal music of Carnival. Traditionally this ranges from social satire to sexual double-entendre, from voodoo to the most pressing issues of the day, from sporting events to competitive insult. The experiences of Britain’s growing Caribbean population were to be fabulously rich in raw material. Housed in a gatefold sleeve. 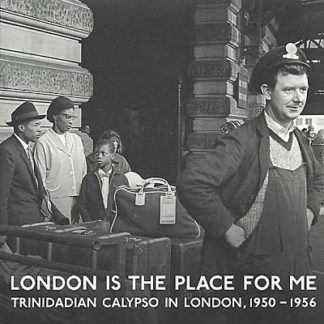