Moondog : The Story Of Moondog – HJRLP107

The music is never a slave to any one fixed agenda and much of the material here sounds as if its gathered from some undiscovered culture – it’s all-but impossible to compare this with anything else from the era, but when the longer-form pieces arrive they augment the more primal, outsider aesthetics with visceral, jazzy arrangements.

‘Up Broadway‘ is an urgent and thorny construction combining the rhythmic complexity found elsewhere with aggressive horns, while ‘In A Doorway‘ lets a little of the outside world into its recording, embracing the street sounds that so influenced Moondog’s early works and intermingling them with instrumentation. It’s a curious combination of musical improvisation and concrete sound which, once again, you simply would not associate with this era.

Dating back to 1957, The Story Of Moondog followed up the previous year’s More Moondog LP, setting its course for adventurous new sounds and homemade percussion meditations. 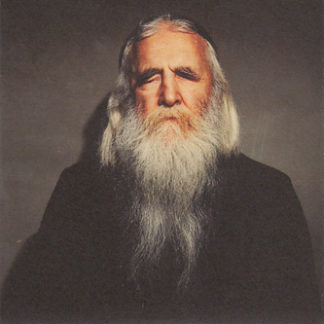 You're viewing: Moondog : The Story Of Moondog – HJRLP107
Add to cart