n the late ’60s, Pip Proud recorded two of the oddest records ever to come out of Australia – Adreneline & Richard and A Bird In The Engine – before vanishing into obscurity for the better part of three decades. Often called the “Australian Syd Barrett,” yet Proud actually released his second album in 1969, a year prior to The Madcap Laughs, and developed his indigenous psychedelia in virtual isolation.

A Bird In The Engine is even more rare than his debut. From the extraordinary “Eagle-Wise” to the remarkable title track (which includes the uncredited performance of a friend hitting a cardboard box with a microphone), Proud’s unrestrained genius is laid bare, a delicate tension of simple melodies and maddening form.

While other compilations of Proud’s music have been released in recent years, this is the first time A Bird In The Engine has been reissued in its original format. Recommended for fans of Alvarius B., Donovan and Jandek. 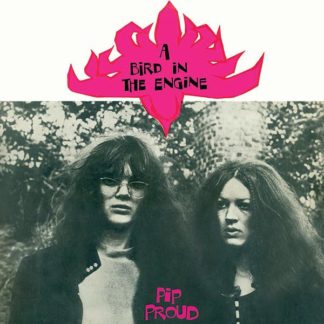 You're viewing: PIP PROUD : A Bird In The Engine – SV0LP62LP
Add to cart