In the late ’60s, Pip Proud recorded two of the oddest records ever to come out of Australia – Adreneline & Richard and A Bird In The Engine – before vanishing into obscurity for the better part of three decades. Often called the “Australian Syd Barrett,” yet Proud actually released his second album in 1969, a year prior to The Madcap Laughs, and developed his indigenous psychedelia in virtual isolation.

To quote Byron Coley, who like a handful of underground luminaries discovered Proudin the ’80s via collector mail-order lists, Adreneline & Richard features “weirdly strummed barre-chord guitar, monotone vocals that occasionally [try] to pass way beyond their known range, oddball lyrics that [combine] nursery rhymes with druggy imagery. It [is] a hell of a cool record.”

While other compilations of Proud’s music have been released in recent years, this is the first time that Adreneline & Richard has been reissued in its original format (including inner sleeve with lyrics). Recommended for fans of outsider and lo-fi pop from US, UK, NZ and beyond. 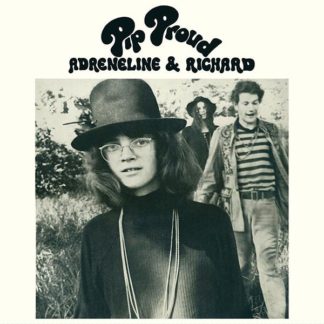