Hopeton Brown, better known as Scientist, has been a pioneering figure in the world of dub for nearly 40 years. His early love of electronics proved fruitful when (still a teenager) he was hired at King Tubby’s studio in Kingston. Brown quickly ascended the ranks and became heir to Tubby’s throne, producing imaginative and technically impressive mixes that solidified his forward-looking nickname.

Introducing Scientist – The Best Dub Album In The World, his 1980 debut LP, lives up to its boastful title. Recorded with Sly & Robbie at Channel One Studio and mixed at King Tubby’s, the album features hypnotic basslines, reverb-drenched keyboards, and fluid, start-stop rhythms. Opening track “Steppers,” with its well-balanced phrasing and organic contours, shows Scientist’s mastery of the studio-as-instrument concept. On “Scientific,” the effects-laden guitars are stretched to their outer limit to create magnificent, spaced-out textures and muted tension. Introducing Scientist displays the talents of a man obsessed with every element of production, drawing out the very best of the dub form. 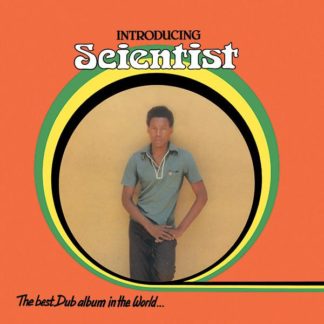 You're viewing: SCIENTIST : Introducing Scientist (The Best Dub Album In The World) – SV093LP
Add to cart