2015 repress; 2LP version, housed in a radiant full-color gatefold sleeve. An astounding compilation of the breakneck Shangaan dance output of the Nozinja studio in Soweto (an urban area of the city of Johannesburg in Gauteng, South Africa), recorded between 2006 and 2009. From his small home studio in Soweto, Nozinja (aka Dog) sells more than 50,000 records a year (DVD, cassettes, CDs) — without iTunes, without digital distribution. This is hyper‐local music, all of it still considered traditional, all of it marketed through Shangaan radio and newspapers to a relatively small set of people who live between Johannesburg, Limpopo and Mozambique. Besides Dog himself — or rather Zinja, Dog’s performance name — his label roster includes BBC, Tiyiselani Vomaseve, and Dog’s famed mask‐wearing, clown‐dancing group, Tshetsha Boys. Dog often goes to the dances to scout for new talent. That’s where he found Tiyiselani Vomaseve, two sisters who perform together as one of the most popular Shangaan traditional groups in South Africa…the real test comes every Sunday in Soweto. Groups like Tiyiselani Vomaseve and BBC compete regularly for the crowd’s favor. “You must be prepared to see the fastest dance ever,” Dog declares. The dances are wild, with films of them attracting more than half a million hits on YouTube. Shangaan disco ran at 110 BPM. Dog’s music is around 180 and it’s getting faster. Yet the lyrics seem to run counter to this rapidity. They read like African soap operas, tied up with domestic matters and a yearning for the slower life. This is country music. There’s something distinctive in this Shangaan perspective: they are one of the more rural and traditional groups in the wealthiest African nation, yet “tradition” to them can also be living, electronic and nuanced. Just as Dog samples American phrases in his songs, his videos cut in shots of white joggers on a spring day, a foggy lakeshore reminiscent of Wisconsin, even a corporate office space — mundane yet exotic images which become intriguing takes on the modern South African dream. Instead of African music becoming Americanized and re‐framed for the global market, Dog’s productions do the opposite. American phrases and foreign images become samples in his collage, in his traditional context. This album is the first release of its kind outside South Africa. Here is Dog’s music as‐is. 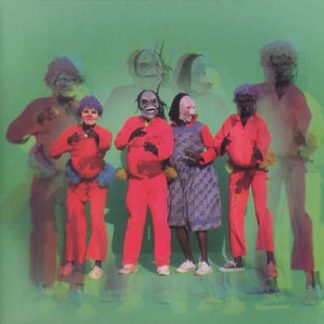