“Almost all of the Afro-Cuban music in this compilation fell under the new marketing category ‘salsa’ (up till then it would have been simply called Latin music), and its cradle was New York City, where the tradition flourished amidst the constant mix of ethnicities and so many styles of music. It was inevitable that Afro-Cuban music would proliferate in new genres reflecting its new home. Afro-Cuban jazz was born in New York City, through the amalgamating creativity of musicians like Chano Pozo, Machito, Duke Ellington and Dizzy Gillespie. … The recordings on Son Cubano NYC were made over the decade beginning 1972, for the new Salsoul and SAR labels and their sisters Mericana and Guajiro. For the trumpeter Chocolate, the music has ‘broader harmonies and touches of jazz phrasing, but never leaves the raices and cinquillo… Cuban music is natural — its essence is its raices [roots]’. For the singer Henry Fiol, ‘New York salsa is a hybrid. When Cuban music moved to New York it added another flavour.’ Latin music was exploding in the City. You could hear deejays like Polito Vega playing on the radio at any time of day; you could go dancing any night of the week, throughout the boros, at clubs like Corsos, Casablanca, Bronx Casino, Ochentas, Club Cabrojena, Carlos Ortiz‘ Tropicana, Hunts Point Palace. And yet — held back because of the unmistakable Cuban personality of its music — ‘the success of SAR was due mainly to word of mouth’, as co-founder Sergio Bofill recalls. … This was still the period of the Cold War — when Eddie Palmieri was accused of ‘communist salsa’ for his song ‘Mozambique’ (which isn’t even salsa) — and the radio stations did their bit to suppress Cuban culture. Within a few years — by the mid-80s — New York salsa was becoming stagnant: ‘boring and monotonous’, in the words of historian Max Salazar; for Charlie Palmieri, ‘Europeanized’ in its disavowal of improvisation. The music-making on this album was dismissed as old-fashioned. Actually — in the glory of its long, flowing, rootsy forms, in the irresistible spell it casts on dancers everywhere — it is timeless.” Includes tracks by Rey Roig y su Sensacion, Charlie Rodriguez y su Conjunto, Alfredo “Chocolate” Armenteros, Henry Fiol, Lita Branda, Roberto Torres, Los Jimanguas, Fernando Lavoy y los Soneros, and Angelo y su Conjunto Modelo. 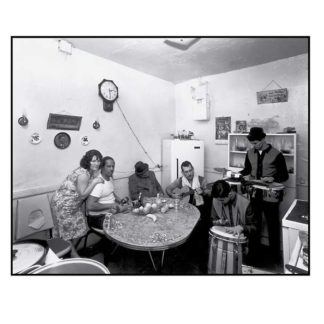