15 dead, 15 funerals, 16 funeral processions, 1 procession with no dead, 5 churches, 1 cemetery, 1 wake. 15 hours of recorded sounds are condensed into a vivid sound portrait depicting the way funerals and burials are lived in the Caribbean island of Haiti.

Recorded in Port au Prince by sound artist Félix Blume in early December 2016, Death in Haiti plunges the listener into a world of pain, loss and solemn celebration as each funeral comprises of its own live jazz band as well as a plethora of characters like the joker (le blaguer) who cracks jokes and tales about the recently deceased.

A beautiful document of a thriving tradition, a counterpart or updated version of those famous Dirge Jazz records such as the New Orleans’ Eureka Brass Band on Folkways.

Félix Blume is a sound artist and sound engineer. His personal work is based on field-recordings and uses sound as a raw source, in sound pieces, radio plays, videos, actions and installations. A particularity of his work is that the audio and visual aspects are closely intertwined. As a sound collector, he has a large sound library recorded from different parts of the world that he freely shares on the Internet. His work as sound engineer focuses on sound recording, sound design for documentaries, feature films and video art, collaborating with different directors and visual artists. 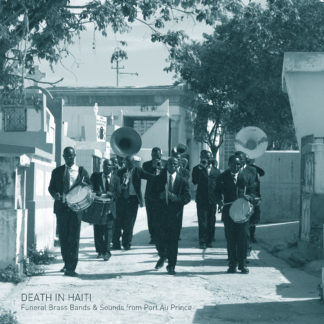