Double LPs tend to make quite the statement. The proof is in the pudding, as they say. Just listen to classics like Trout Mask Replica, Double Nickles On The Dime, Lake, Twin Infinitives, Harsh 70’s Reality….well, Factums have thrown their hat into the proverbial ring with Gilding The Lilies. This mythic release has been rumored and debated for some time and to say this is their crowing achievement is an understatement. Factums have been shrouded in mystery, rarely playing live — this hermetic Seattle/Chicago combo have been releasing rustic/futuristic artifacts for a variety of labels over the last few years. On Gilding The Lilies, all the ideas come together: sci-fi surf rock, post-apocalyptic murder ballads, musique concrète anthems, hell, on Gilding The Lilies they even dedicate the latter half of this masterpiece to Far Eastern exotica and incorporate sitars and tablas. Yeah, this ain’t no Beatles trip, it’s a Factums take on their inner chakra or pith helmet exploitation or whatever the kids are calling it these days. Limited one-time pressing of 700 copies. 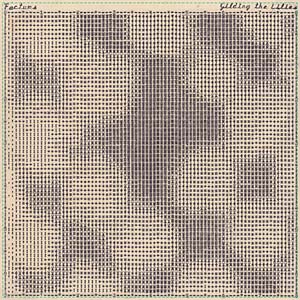 You're viewing: FACTUMS : Gilding The Lilies – ASSO006LP
Add to cart