Having made a reputation for hypnotic and darkly enveloping songs, Brooklyn’s Mike Wexler has persisted through several waves of contemporary folk music without ever being fully absorbed by any of them. Syntropy – his third full length – is the first to convey the entrancing intimacy of his live performances. In a landscape of Americana and ‘American Primitive’-derived guitar music, Syntropy offers the possibility of an alternative strain more attuned to global influence and open to cross-pollination from other genres, disciplines, and art-forms. The deft and singular guitar work on display here borrows as much from the school of Bert Jansch as from the rhythms and chord voicings of Brazilian masters and the rapid, mantric repetitions of minimalism, while the lyrics eschew storytelling in favor of a deeply personal metaphysics. It’s a record preoccupied with ecology, biology, utopian politics, and the through lines that traverse and connect the parallel unfoldings of nature and culture in time, from the earliest organic molecule to the furthest inhabitable world – a grand narrative rendered human by the strangely resonant texture of one of the most unique voices in music.

Enlisting the same core players as 2012’s Dispossession (Brent Cordero of Psychic Ills, Jordi Wheeler of Amen Dunes among them), Syntropy was recorded at Guilford Sound – a solar-powered studio on a wooded property near Brattleboro, Vermont. The Vermont woods in summer were the real-world analogue to the record’s imaginary landscape. Acoustic instruments are foregrounded – guitars, piano, conga. Situated within this framework is the continuous sound generated by a host of analogue synthesizers, and on the record’s two instrumental cuts, a Mellotron. Drone here is a passing cloud seen through the intricate branchings of guitar and piano. The music owes as much to Nelson Angelo & Joyce and Thomas Mera Gartz as it does to to Eno, Charlemagne Palestine, Rolf Julius, Annea Lockwood, and the David Behrman of On the Other Ocean. But all of these leanings lean together into something familiar yet strange.

Syntropy – a word that, although it’s had its champions (Buckminster Fuller for one), never quite graduated into scientific parlance. It implies a force at work in the universe that is equal and opposite to entropy, the thermodynamic law according to which everything breaks down, exhausts its energy, tends toward disorder, equilibrium and ultimately, death. There’s a simple reason for this lack of acceptance: there is no such force. No such physical force, anyway. The phenomenon of life, though consistent with entropy, suggests there may be something else here at work. 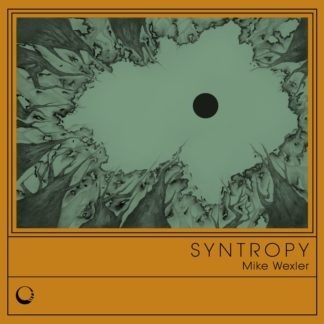